Staples soccer has a new videographer.

Johnny Donovan takes over from Matt Hodes, who continued the legacy established by Sam Bender. 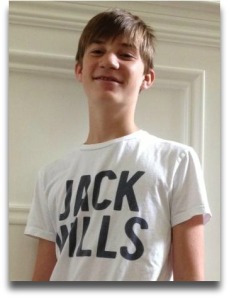 “Johnny is clever, creative and committed,” head coach Dan Woog said. “He’ll take our video work to the next level. I’m excited to see the innovations Johnny will come up — and I know our fans will love what they see.”

Johnny — a rising freshman, who will take Jim Honeycutt’s narrative film course this fall — has a great Staples soccer pedigree. His father Dan ’82 was captain of the 1981 state and FCIAC championship team, while his uncle Doug ’79 played on the 1978 state and FCIAC champs.

He played soccer in the WSA and Everton programs. Johnny also plans to run on the indoor and outdoor track teams at Staples.

This entry was posted in General news. Bookmark the permalink.